Free 2nd Day Air Shipping on all orders over $49

Save 15% off retail on all products sitewide

Earn 5-10% Omega-Bucks on all orders to spend on your next order!

Oxylent's goal is to support optimal health by providing exceptional quality and innovative products worldwide. They use only the highest quality ingredients in their most absorbable form in order to deliver a product of unsurpassed quality and efficacy. 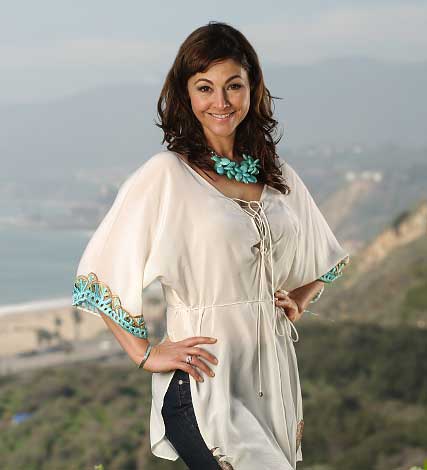 Lisa Lent doesn’t just have a passion for world travel, it’s in her DNA. Born in San Francisco to an American father and Norwegian mother, she grew up in an environment that combined traditional European customs with the drive and tenacity that fuel the western world.

In 2000, while based in London and flying as an international flight attendant, Lisa developed multiple clots, known as pulmonary embolus, in her lungs. She immediately sought medical treatment for her condition and began to explore what factors may have contributed to her deteriorating health and well-being. In her 20’s, she knew her profession was a contributing factor. She learned that low oxygen, cabin pressure, dehydration, and radiation can lead to many different types of health issues. It was then that she began the search for the ultimate supplement that could support her well-being amid the stressful environment she had been working in.

Lisa harnessed her drive, experience in travel, and desire for optimum health initiating the development of Vitalah®, which launched its first product in 2009. Oxylent® was initially created for those who love to travel, and has now become one of the ultimate nutritional supplements for everyday life.  As anyone who has taken an idea from conception to fruition knows, it takes the support of mentors and friends to survive the long journey. Lisa credits the guidance from leading nutritional companies in the industry with nurturing Oxylent’s success. Lisa has been forever changed by their assistance and is grateful for their help in making the dream of a comprehensive daily multivitamin come alive.

We are committed to bringing the latest science within personal nutrition to consumers worldwide. Oxylent, a unique blend of high-quality essential nutrients, creates a synergistic environment through an effective vitamin powder, enabling the body to function at peak levels. We are very excited to put the convenience of health and wellness into a single, portable packet. The vital ingredients create the hydrating atmosphere our bodies crave to oxygenate, circulate, and rejuvenate cells for total well-being.

Since 2009, Vitalah® has been delivering award-winning formulas with the latest science in personal nutrition to consumers worldwide. Lisa’s initial drive and persistence has lead Vitalah’s dedicated team to support and reach millions of consumers and receive the high quality nutritional formulas they deserve.

Why do so many medical professionals and consumers choose Oxylent products? Read below for just a few of the reasons why Oxylent supplements are a superior multivitamin with optimum bioavailabiliy and unsurpassed antioxidant power!

Oxylent is a full-spectrum/complete/comprehensive multivitamin. It delivers a full panel of nutrients that are essential to biochemical and metabolic function.

The 1969 discovery of superoxide dismutase has been called “the most important discovery of modern biology never to win a Nobel Prize.”

Superoxide Dismutase is also one of the things that make Oxylent’s vitamin packs such a unique daily multivitamin. In addition to a full panel of vitamins, minerals, electrolytes, and amino acids, Oxylent contains 20 I.U. of SOD antioxidants—all in one delicious drink!

Since 2009 Oxylent products have won dozens of awards for quality, purity, and taste. Check out just a few of Oxylent's awards:

Using only top quality ingredients that are easily absorbed, Oxylent's vitamin supplement is made exclusively with Albion Minerals, and has received Albion’s Gold Medallion, which recognizes products for excellence in mineral fortification. Albion® Human Nutrition is the most established and globally recognized leader in the chelate industry. Albion is the first bis-glycinate chelate manufacturer to be approved by EFSA, European Food Safety Authority.

Third-party testing is an unbiased quality check by an authorized independent testing laboratory. All of Oxylent's health supplements are independently tested for potency and purity, including comprehensive tests such as heavy metal testing. They require these vigorous tests to ensure our high-quality standards are met. Oxylent has been shown to be an exceptionally pure vitamin powder, containing no detectable toxins, and has also been proven to maintain the potency listed on the label. As it is intended to be consumed as vitamin drink, we recommend you consume Oxylent shortly after it dissolves in the water.

Using only top quality ingredients that are easily absorbed, Oxylent is made exclusively with Albion Minerals, and has received Albion’s Gold Medallion, which recognizes products for excellence in mineral fortification. Albion® Human Nutrition is the most established and globally recognized leader in the chelate industry. Albion is the first bis-glycinate chelate manufacturer to be approved by EFSA, European Food Safety Authority.

Effervescent powder form has many benefits for a number of reasons. First and foremost, the powder form improves the bio-availability of vitamins and minerals because: (1) powder form supplements are produced with less processing of the ingredients (including avoiding excessive heat and binder ingredients such as cellulose), (2) less time elapses between blending and processing which reduces the exposure of the ingredients to air, and (3) the powder form is better absorbed by the body because it does not need to be broken down by the stomach acids to be absorbed in the small intestine—an advantage especially important for people with digestive difficulties. Additionally, the powdered, effervescent delivery system is a convenient way for parents to give children the essential vitamins and minerals they need, as well as a useful option for an aging population that finds swallowing and absorption more challenging. The reduced carbon footprint of powder-form supplements is also an increasingly important benefit. Powdered vitamins and minerals are a more environmentally sustainable form of supplementation, as they require less energy and expense to produce, less fuel and thus less emissions to transport, and don’t require petroleum-based plastic bottles.

Effervescence does more than just transform taking a multivitamin into a more enjoyable experience; it is also more effective than pills. Studies show that effervescence significantly improves absorption, which is why research forecasts it as the future delivery system of choice. Oxylent uses this revolutionary delivery system to deliver a daily multivitamin of unsurpassed quality and effectiveness.

To answer many common questions about Oxylent in a way that is convenient and accessible, we've grouped them according to the following categories:

questions about ABSORPTION, TASTE, AND DIRECTIONS

QUESTIONS about Label and storage